If your company is ready to up it’s game for a tailgate or corporate events, time to call Topshelf Company https://www.topshelfcompany.com/

With years of hospitality services experience for corporate events nationwide, Topshelf can handle your needs.

If you love North Carolina barbecue like I do, check out this site:

There’s also a link to the hallowed Barbecue Trail. http://www.ncbbqsociety.com/bbqmap/trail_map.html

Use this as you cross the state

Jim Early, founder of the society, authored the book on NC BBQ: The Best Tar Heel Barbecue Manteo to Murphy.

As they say about barbecue in NC: “If it ain’t wood smoked, then it’s just roasted pork”.

BBQ personal visits on the above trail:

Not on the list that I like: Lexington Barbecue, love banana pudding at Mr. Barbecue (Winston-Salem), Parkers Barbecue (Wilson- I’ve only had the pleasure of the catered Q).

It’s not on the list, but check out Thigs in Jacksonville, NC. Ate there in May of 2018

Triad North Carolina resident, Keith Harris, wrote and starred in Shifting Gears. This is a movie about an overworked Dad who reaches the glass ceiling in a big box retail company, heads home to resurrect the family business, then runs headlong into his nemesis. He join forces with an old Dirt Track racer, Dirty Harry Hawkins, to save the business and his family.

In select studios. Go to http://shiftinggearsmovie.com/ for more about the movie and where it’s playing.

In February 2018 Jeff Redwine at Renewable Energy Design Group spoke to a civic group to which I belong.

Jeff owns the business and is a Solar Energy Specialist.

He knowledgeably discussed solar energy installations on houses and buildings. It was informative to learn about the different tiers, those who sell their excess energy back to Duke Energy during the day for a credit on their bill vs. off the grid users and more. Government tax credits for installation also discussed. Return on investment.

He’s NABCEP certified and is a general and electrical contractor.

Call Jeff at 877-520-7652 if you are looking to install solar energy panels on your residence or commercial building.

www.redgroupsolar.com is their company page. 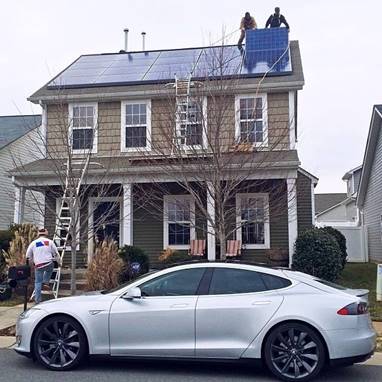 The dreaded Small Hive Beetle has menaced my hives all season. The bottom photograph shows the extent of the damage. After both hive absconded I froze the frames in the freezer, albeit a slow process with limited space in our freezer. This costed my bees with at least 4 boxes of honey. I hope to put these back in hives that I caught.

One of my hives settled in a new bee box I set in another area of my yard. I used Swarm Commander to lure them there. Swarm Commander has proven over and over a great tool in catching a new swarm. https://swarmcommander.com/

But the photos of this huge swarm from my strongest hive still hasn’t come down or settled anywhere in over one week. Yes 8 nights, including a couple light rains, and it’s still there. I’m pretty sure it’s growing. I’d bet it’s building comb, right out in the open. 70’ above ground in an oak tree.

I first noticed this swarm Monday evening as I came out to grill. I heard that sound that first makes one think it’s a helicopter, but a bee keeper quickly realizes is a mass of bees flying in a frenzy. By the end of my grilling it made a sizeable clump on the tree. Approximately 1 ½ feet long.

Try as I may, it won’t come down. Well, as long as it doesn’t swarm into a neighbor’s yard and get everyone riled up, I’m fine with it finding a home. It’s a strong hive if it comes your way. Was extremely busy all spring and summer.

Now to find a solution to kill the SHB larvae in the ground. One dealer was out of Star Gard, which I planned to drench the ground around the old hive location.

NC Wildlife Commission Debunks Hellbender Bounty Rumor. It doesn’t exist. In fact, this rare species of salamander is on a protected list. Classified as a ‘species of special concern’. It’s a misdemeanor to harass, remove, injure or kill. If you see one of these in our cold, freshwater, mountain streams, enjoy watching it. In fact, let the Wildlife Commission know where you spotted it. GPS coordinates are requested, if possible.

This is an amazing salamander. It’s one of the biggest salamander species, if not the biggest. For photographs and more, go to:

Two articles addressing the topic of Last Wills and Testaments not being produced to the Clerk:

When someone in possession of a Last Will & Testament refuses to file the will with the Clerk or deliver it to the named executor: http://kirksanderslaw.com/blog/compelling-production-will

Petition to Probate a Lost Will: http://kirksanderslaw.com/blog/probate-lost-will-north-carolina

Kevin received awards as Log Home of America’s builder. He has built approximately 200 log homes in his over twenty year career as a general contractor.

Whether you are in Blowing Rock, Davie, Boone, Forsyth County and beyond, call Kevin. His experience and workmanship count.

For more information on his site plans or a tour of his log homes, go to: http://www.loghomesofnc.com/

The Pure Gas station at 2800 Reynolda Rd, Winston-Salem, NC 27106 is the only place in Winston-Salem that sells HIGH octane (92), all gas (no ethanol). This is the place to fill up your antique cars and boats. The owner gets this gas shipped special delivery.