If you’re like I am and own a British car, then you always like to keep a look out for a good mechanic. I know several but there is one that stands a head above the rest.

The best I know at repairing and getting your car running the best is Donald Ross of Ross Restorations in Zebulon, NC (near Raleigh) 919-934-1915. Donald is a Scotsman. He worked on the cars for the dealers back in the day in Europe. People would come to see him before they made their continental tours. Never did a car breakdown on his customers travels. That’s quite a feat.

I was the navigator in a Rallye during the Austin-Healey Conclave in NC several years ago. The president, Werner, of the Austin-Healey Club of Germany drove the Austin-Healey 3000. He kept repeating with his German accent was “This is the best driving Healey I’ve ever been in.” The owner of the car said that’s because Donald laid his hands on it. 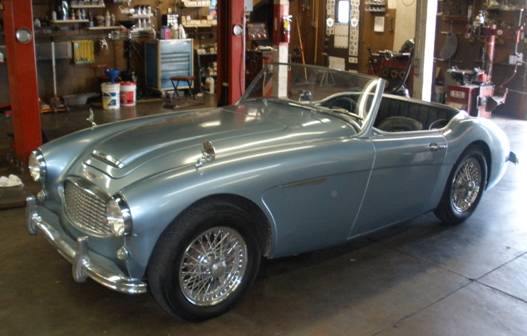